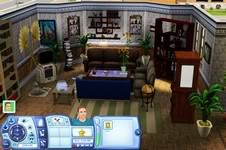 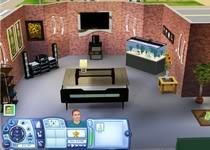 THE SPRING CLEAN OF THE DECADE

GUILDFORD, UK. February 9, 2010 – Brits have cleared out over £10billion worth of furnishings and material items already this year in a bid to de-clutter their homes. Over 66 per cent of the adult population are having a spring clean and expect to throw away or recycle an average of £338 of unwanted clutter per person. According to new research released today by Electronic Arts, publishers of best-selling videogame franchise The Sims™, the extended cold period or ‘deep freeze’ at the start of 2010 saw many Brits holed up indoors, giving them plenty of time to assess their surroundings.

The survey by OnePoll, conducted to mark the launch of The Sims 3™ Design & High-tech Stuff pack*, which allows players to create the modern lifestyle for their Sims with cool new furnishings and the latest gadgets, found that the number of UK homes receiving a spring clean this year has increased by more than 20 per cent compared to last year, thanks to the icy weather and the start of a new decade. Additionally, nearly 20 per cent of those surveyed said 2010 was a landmark year for them to revamp their homes, a new look for a new decade.

British homeowners predict they will spend an average of £2,000 this year replacing and improving home furnishings taking the trend ‘don’t move – improve’ to the next level.

Top items that are being thrown away as the nation de-clutters include kitchen gadgets such as ice-cream makers and George Foreman Grills and inherited items from cutlery and crockery to old furniture and ornaments passed down through families. More than 70 per cent of Brits admit to hoarding unnecessary items.

Many are also aiming to upgrade home technology – over 30 per cent of Brits are clearing out DVDs and CDs – an indication that they are being replaced with newer technology that allows music, films and TV programmes to be downloaded directly onto home entertainment systems.

The items people are most likely to invest in once they’ve cleared the decks are:
A new flat screen television – 35 per cent
New lighting – 23 per cent
Home computer/laptop – 20 per cent
A new fridge – 16 per cent
New music/speaker system – 13 per cent

Anna Ryder Richardson, TV presenter and interior designer commented:
‘This year will definitely see a huge homes overhaul, being stuck indoors for a prolonged period due to the cold weather has certainly made people think about how they can improve their homes and the environment that they live in. The new The Sims 3 Design & High-Tech Stuff pack is great because it allows you to create your perfect room and try out different layouts and interior designs before replicating in real life.’

The Sims 3 Design & High-Tech Stuff pack, the first stuff pack for the award-winning The Sims 3 includes the latest electronics like ultra-slim TVs for a modern living room, a next-gen gaming system for a killer game room, stereos to throw the party of the century and more. Transform your Sims’ home into a cutting-edge space with fashionable sofas, sleek coffee tables, and eclectic art. It adds the ultimate in modern living for your Sim and their home. After modernising their home, turn your attention to their wardrobes and give them an overhaul with sophisticated, cutting-edge fashions.
Whether it’s your Sims themselves or their homes that needs a new look, The Sims 3 Design & High-Tech Stuff pack lets you catapult your Sims into a more modern, stylish lifestyle!

Celebrating its 10th Anniversary this year, The Sims is thanking its fans by including three well-loved items from the past in The Sims 3 Design & High Tech Stuff pack. Players can enjoy a heart-shaped vibrating bed, an electric guitar and an aquarium: a few of the fan favourites from The Sims and The Sims 2.

For more information about The Sims 3 World Adventures or The Sims 3, please visit www.TheSims3.com