Guten Tag, Simmers! For those who aren’t German linguists, Guten Tag means hello. We’re back from our German sojourn at gamescom and can’t wait to fill you in. The biggest news, of course, was the handful of our fans we brought to with us gamescom to participate in SimsCamp and they were among the first to go hands-on with The Sims 3 Into the Future. We’ve already shared some of the excitement around events relating to The Sims 4 (you can read about them here,) but this blog is all about the jetpack-fueled, Plumbot-centric, future-inspired items, and dream pod-inspired gameplay of The Sims 3 Into the Future. 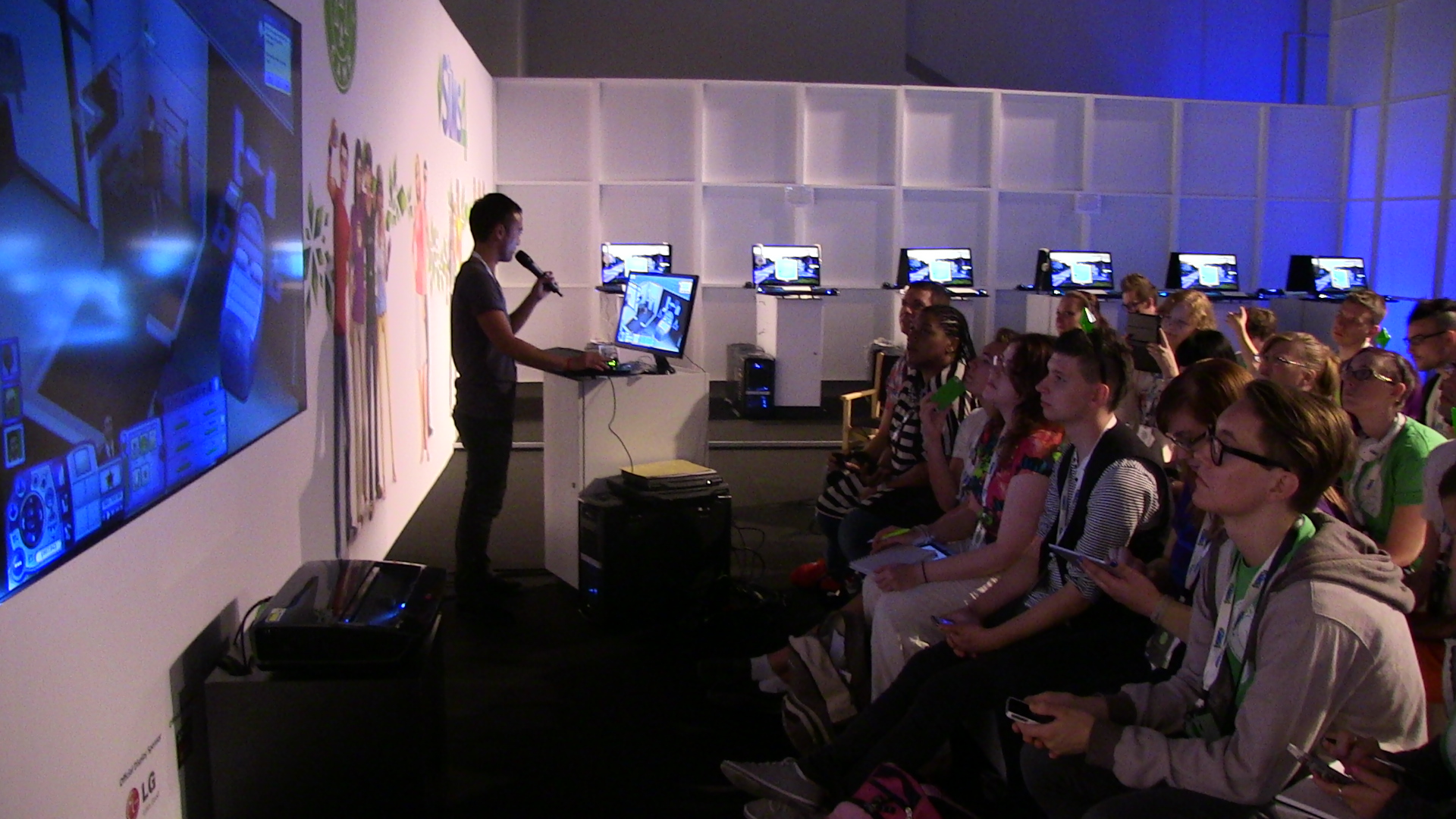 The very talented and charismatic King Choi kicked it off with a special in-game demo showing off future technology. Then he went more in-depth on the Plumbots, and gave a hint as to what may change your Sim’s future if they take specific paths in the present world. To see everything King showed, you can watch his demo here. Afterwards, SimsCamp attendees were among the first to play the game. Yup. They got to play the game even before me! And, they have a lot to say about it. 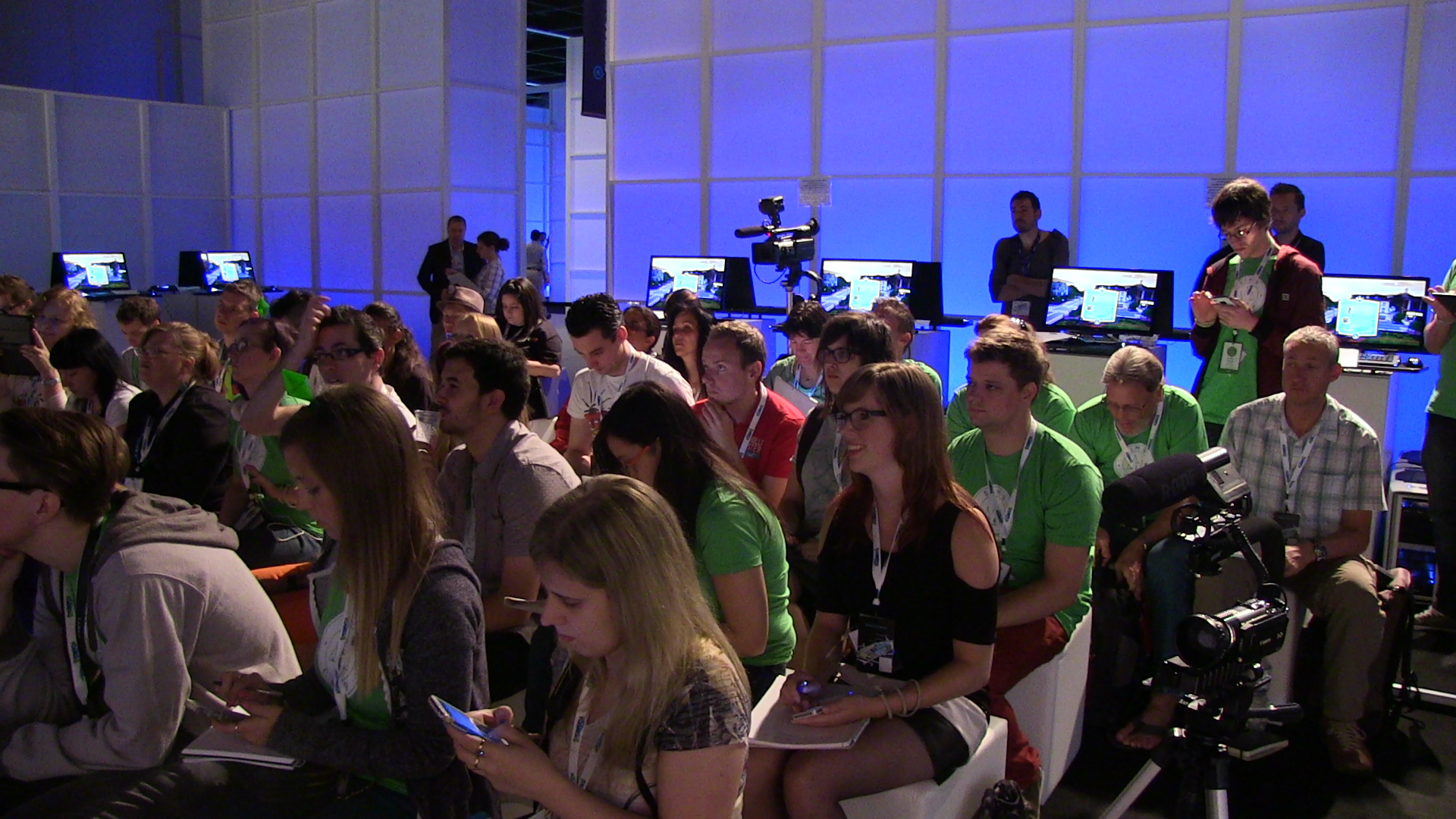 Simply Ruthless, a self-described builder, loved all the new items, particularly the holographic plants. “Another cool feature that stood out to me as a builder was the plants section. There is a holographic plant that you can change the style of with 4 choices, as well as change the color of the light. And several outdoor plants are now able to be placed inside with no cheat…”

And while we don’t want to toot our futuristic horn, Curtis Paradis called it a “frickin’ sweet expansion pack.” Aw, shucks. Thanks, Curtis. See his thoughts on the gamehere.

And lastly, you’ll want to sit back and gaze at all the great screens from Simified, who said, “we had a lot of fun getting to test out and play the expansion.”

We’re looking forward to sharing more Sim-centric news with you. Let us know what you want to hear and tweet me at @SimGuruRaeEliz.