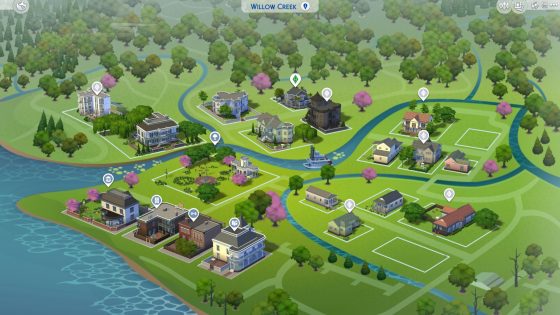 How is everyone? It’s the holiday season… have you been good?

…you know, nobody ever really defined for me the limits of good in the context of the holiday seasonal question of naughty or nice. I was mostly good… I hope.

Anyway, given that I have also failed to define “good” for you, we have plenty of gifts to pass around no matter what your naughty/nice standing may be with the polar ice powers.

So, on with the unwrapping… what’d you get?
THE NEW!

But wait… there’s more!
More, Billy?
…we have a few issues we have been looking into as well.
But that’s not all?

The Sims 4 Get to Work

Well, that’s about it for now… I hope that you have a wonderful December.

[/sappiness warning] Remember that it is better to give than to receive. Go out and give. [/end of sappiness]

Thank you for your time and attention… and Happy Holidays to you!
-SimGuruGnome

Oops, I guess there is more… some post Release Notes notes…

I wanted to take a moment to speak directly to one of our most important issues.

We have listened to your feedback on culling and performance. And we have been, and will continue to address these issues, and have a group dedicated to them.

These are some of the specific issues we have addressed recently, all with the goal of making the game stable, performant, and enjoyable. Please know that we are always looking at performance, culling, memory, and load time optimization issues among our highest priority issues. And while we can’t always speak to them, we are always appreciative of your feedback.

Posted on behalf of SimGuruGnome who went on vacation to Windenburg to check out the new sites.