I always love it when Designer Alan Copeland write blogs for the exciting store releases, but I think he might have outdone himself this week. We’ve teased this all last week, revealed a killer sneak peek, and I know you are all DYING for more (pun intended). See for yourself! This Thursday will be full of tricks and treats! Available on The Sims 3 Store October 17th!

Ever wonder where the Grim Reaper lives? I have too. He’s such an elusive fellow that we wanted a place where players can always go to look for him, even if their Sim hasn’t gone and kicked the bucket. To get to know Grim on his turf and maybe, just maybe, make a new friend.

See, Grimmy’s not all bad, he’s just got a job to do. Once he’s done working he just wants to go home, kick back, feed the ill-tempered pit monster and play a game of foosball down in the secret crypt just like everyone else. As a matter of fact, he’s a pretty handy guy to know.

With that in mind I’m thrilled to tell you about our spookiest venue yet, Grim’s Ghastly Manor! 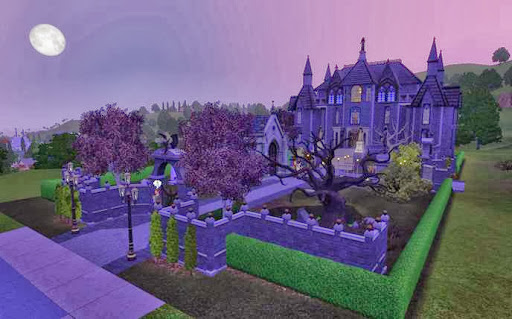