Introduction
In the Sims 3 World Adventures your Sims can go on a holiday to areas which are based on existing countries, namely: China, France and Egypt. Though, is it really a holiday for your Sims? No, unlike what you’re used of the Sims 1 & 2 expansions this is not the case. Your Sims are going on a real adventure this time. There won’t be much time to relax. Of course your Sims can still visit some attractions such as a typical France market or a beautiful Chinese garden. These attractions are all very pretty. However, the expansion is focused on giving your Sims the adventure of their live. Your Sims can now search through pyramids for hidden treasures. They should look out though, danger is everywhere and finding treasures is not as easy as your Sims may think. 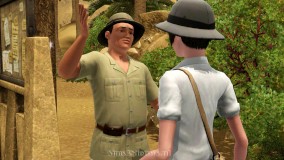 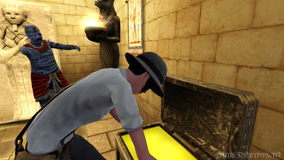 Visa
The basic gameplay of The Sims hasn’t changed in this expansion. Your Sims do still live in Sunset Valley and have to go through their daily routine. But with The Sims 3 World Adventures, your Sims will be able to go on an adventure. This can be done very simple, by making a phone call. However, when your Sims try to go on a holiday for the first time, they will one be able to go for 3 days. This is because of a new system, based on points, which has been introduced. This system is your Sims’ visa. If your visa level is high enough, you will be able to unlock specials objects which you can buy in the country in which you gained the visa points. Also you can go on holiday for a longer period of time with every new visa level you gain.

Because of this new visa system, EA Games certainly made it so that you want to come back to the new countries every time after you upgraded to a new visa level. Your Sims will even be able to buy a cottage when they have reached visa level 3 in a specific country, now you certainly don’t want to leave that country anymore! 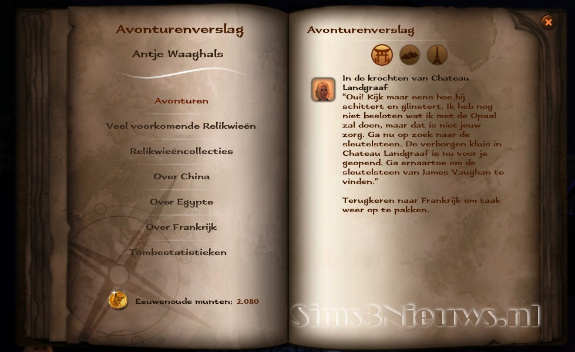 Countries
The Sims 3 World Adventures contains 3 countries where you which are all based on existing countries and cultures. EA Games has succeeded very well in making those countries really look like the existing countries. All the countries do look very pretty and overwhelming. The new music that is playing on the background, whenever your Sims visits those countries, do really fit the atmosphere. And of course, every country has its own, unique, quests and adventures for your Sims.

France is, in my opinion, the most beautiful. All the houses and little streets are very typical and do look like the real France villages a lot. It’s that your Sims cannot live there forever, else I would for sure have done that. Albeit there are a little less tombs in France then in the other 2 countries, there is still is still a lot of adventure to experience. But your Sims won’t visit France especially for the tombs, they will instead come to make nectar. Nectar is made out of grapes, which you can buy or pick out of the trees. Your Sims can make the Nectar ready to drink by using a lovely, new machine. By using this machine, your Sims will first start to be tramp the juice out of the grapes which is very laughable, especially when they slip. After making the juice ready, your Sims will be doing some strange things with the machine and finally you will have your homebrew nectar. The nectar can have a nice, or a bad taste. 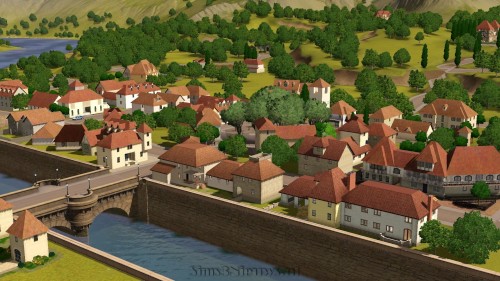 Egypte, the country of the mummies. The first thing you will note when visiting Egypt for the first time, are the pyramids and the huge sphinx. You can, of course, enter those and search for hidden treasures. The adventures your Sims can go through in Egypt might be a little more exciting as there are a lot of sarcophagi which could all contain mummies who don’t want your Sims to be disturbing their piece. They will, would your Sims encounter one, be attacking your Sims and often your Sims will be unconscious for a few minutes after such an attack. But, there is also a chance that a mummy curses your Sim. This curse can be made undone by visiting the sphinx and finding a special object in there. Would you decide to not remove the curse within 14 days, you Sim will simply die. One of the other things you can do while visiting Egypt is becoming a snake charmer. Be warned though that your Sims might be bitten by the snake if they’re not very skilled in making music. 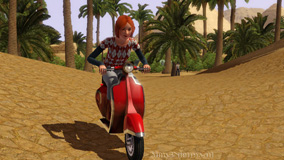 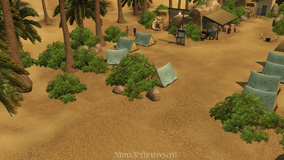 China is the country I have visited the most so far. Just like the other countries, does China look very charming as well. China is a little bit smaller than the others, but the adventures you’ll find there are just as big! Your Sims can become a master in Martial Arts, which is very useful when you’re planning to go on another trip to France or Egypt. Whenever you encounter a mummy, you will be able to defend yourself with the new fighting skill you learned in China. Also, when your Sims have reached a higher level of martial arts, they will be able to battle with the locals. China has many secrets, one of them is especially handy: a special axe which you will need to remove huge rocks in tombs in all three the countries. You will probably only find this axe when China has almost none secrets anymore to your Sims. 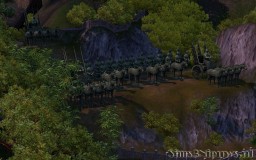 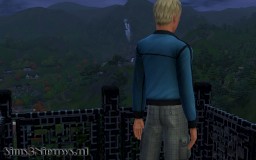 | Read more on the next page |