Worlds and gameplay:
To be very honest with you I’m not a builder or a creator, at all. I love to download other peoples creations, I never make the time to actually try it myself. I don’t have the patience for it. So, when we finally got to play the game I was in heaven. I knew we had to make up some points to give feedback to EA about the gameplay but I just couldn’t think of anything. And I’m not just saying that to kiss the pretty bum of EA.

Someone actually said the game, World Adventures, didn’t feel or look like the original Sims anymore. The gameplay is so different from what we’ve seen before. But wasn’t it the point that the original gameplay was used to milk out the Sims products? Now EA finally came out with a new original and new addition to the gameplay and I think it’s great. 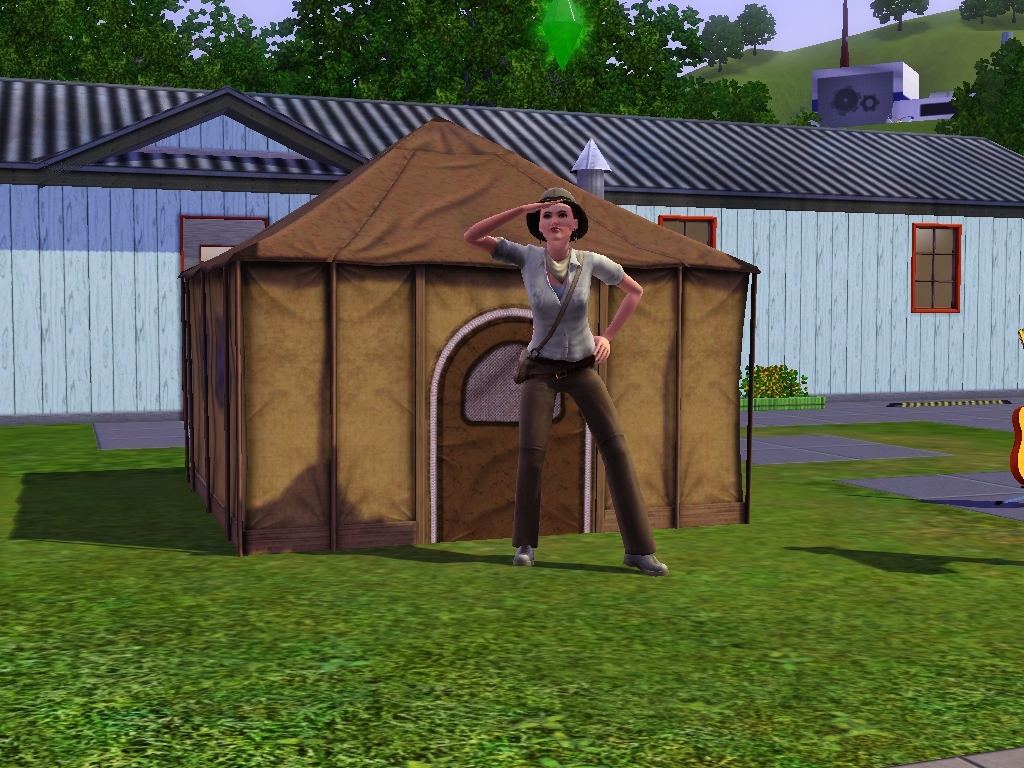 If I could only let you feel what I felt while exploring the tombs of Egypt, France and China. It’s exciting and new. You don’t know what to expect, even though we’ve seen a lot of Egypt lately. It was still a surprise to see what I could find on my own. Not to mention finding the mummy that I haven’t found in those 2 days. It’s rather difficult getting the right quests and the right tombs to see a mummy. At least that is what I experienced.

Now there are three ways of unlocking quests. You can find one at the “job board” on the base camp, get a quest from your work in Sunset Valley/Riverview or you can get a quest from a local Sim. There is a whole story behind those quests and it’s funny to find out at the end what you’ve been looking for. For example, my Sim found out she had to explore a very dangerous tomb for a basket ball. Yes, just a simple basket ball. The funny thing is that after finding the ball a text pop ups at the upper right saying the same thing! Even my own Sims thought it’s crazy a local Sim paid her so much just to get the ball out of a tomb. I really felt I was interacting and working together with my Sim, it might sound a bit silly but that’s the way I felt it.

By the way, did I already mention the details are absolutly amazing in the game? The creators have done a outstanding job. I bet you already saw that on the screenshots many other people made at the fan event. When I first visited the worlds I was stunned, I literally thought ‘wow!’. I might even have said that out loud without knowing. You can honestly see the people behind the Sims have done their best at making this expansion pack a good one. And anybody who even dares telling me they still think it’s dull and the same as ever before can expect a visit from my own created Sim who happens to be a master at martial arts, just so you know.

| Read the next paragraph – China |